In the city of Vidin, Bulgaria is the one and only mosque in the world that has a „spades“ or inverted heart according to the two different versions, instead of a crescent. Pazvantoglu’s mosque and library were built in the 18th and 19th centuries. They are preserved to this day as part of the central buildings. According to some historians, there was a madrasa (school) and a small Muslim religious shrine in the complex, but there is no specific information about them. ( 1 ) ( 2 )

The mosque is a massive, stone building with oriental architecture. The library is also made of stone and has a square shape with a lead dome. Some of his books are stored in the National Library „St. Cyril and Methodius ”, Sofia and 92 of them are of world importance – literature, history, medicine, and law in Ottoman and French. ( 3 )

Mosque without a crescent The interesting thing about the mosque, built and named after Osman Pazvantoglu in the town of Vidin, is that there is no crescent on the top, but a „spade“ or inverted heart according to another version. ( 4 )

It is said that the Osman Pazvantoglu Mosque is the only mosque in the world without a crescent moon!

Other remarkable buildings in Vidin:

The version of the „spade“ is associated with the emblem of Osman Pazvantoglu’s military unit. This was a symbol of independence from the sultan, who had a crescent as a sign. Also, according to some, the mosque and more precisely the library is dedicated to the father of Osman Pazvantoglu, who was killed in Vidin by order of the sultan.

INTERESTING: There is evidence to suggest that the crescent and star symbols were used to represent the Carthaginian goddess Tanit or the goddess Diana, who is present in Greek and Roman mythology. Byzantium adopted the crescent as its symbol. According to some evidence, they chose it in honor of the goddess Diana. Other sources indicate that it dates back to a battle in which the Romans defeated the Goths on the first day of the lunar month. When the Turks conquered Constantinople (modern-day Istanbul) in 1453, they adopted the existing flag and symbol of the city. Legend has it that Ottoman, the founder of the Ottoman Empire, had a dream in which the crescent stretched from one end of the earth to the other. Taking this as a good omen, he kept the crescent and made it a symbol of his dynasty. When they conquered the Christian nations.

The second version states that an inverted heart was placed on top, which was a sign of the unrequited love between Osman Pazvantoglu and a Bulgarian Christian. Their feelings remain unshared and misunderstood by those around them because of their different religious affiliations. That is why it is believed that he dedicated it to his beloved.

The mosque is also known as the „Heart Mosque“ precisely because there is a heart at the top.

Although mosques can vary in design and size, the purpose of the mosque is to provide a place where Muslims can unite to perform their prayers together.

Muslims can pray anywhere, as long as it is a clean place. Praying in a mosque, however, gives Muslims a sense of community. Therefore, all mosques have some common features.

Some mosques have the additional features of a dome and a minaret.

Mosaics with intricate patterns adorn many mosques, but there are no images of Allah, Muhammad, or other human or animal figures. It is believed that Allah is beyond human comprehension and therefore cannot be represented.

Paintings or statues of other human figures are avoided because they could be mistakenly worshiped, which would be idolatry, which is one of the gravest sins in Islam.

Important passages from the Qur’an are often used to decorate the walls of the mosque.

The word „Pazvant“, which is the nickname of Osman Pazvantoglu, one of the most important figures of the last period of Ottoman history, means guardian.

It is believed that the ancestors of Pazvantoglu Osman, who is of Tatar origin, took part in the conquest of Bulgaria during the reign of Bayazid I (1389-1402) and later settled in the area of ​​Tuzla (Bosnia). It is known that his grandfather Pasvan Aga, who was born and raised in Bosnia, was a bandit in and around Bosnia and was killed by his enemies in Pristina.

After his father was killed, Osman Pazvantoglu fled to Albania, where he became a bandit.

Later he participated in the volunteer groups in the Ottoman-Austrian war in 1789. He fought on the front lines in the battles against Austria near Wallachia, in the attacks near Timisoara where he was distinguished as a hero. ( 5 )

At the end of the war, Pazvantoglu was pardoned for bandit crimes in Albania for his outstanding achievements and acquired part of his father’s land in Vidin.

Returning to Vidin, Osman Pazvantoglu gained influence and reputation in a very short time. He is known as a spokesman for the people and that he fights against injustice and high taxes.

Pazvantoglu, who in a short time established an independent administration in Vidin, independent of Ottoman rule, supported the revolts against the Ottomans.

Although the Ottoman Empire carried out three major operations against Pazvantoglu from 1795 to 1802, he managed to survive by being pardoned.

Pazvantoglu, who took on important responsibilities during the suppression of the Serb riots that broke out in 1804, also fought against the Russians in the Ottoman-Russian War, which began in 1806.

Pazvantoglu died at his estate in Vidin in 1807, when he was only 49 years old. He left behind several schools, mosques, fountains, and a rich library. 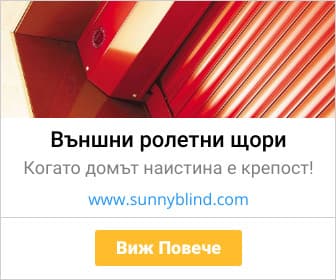